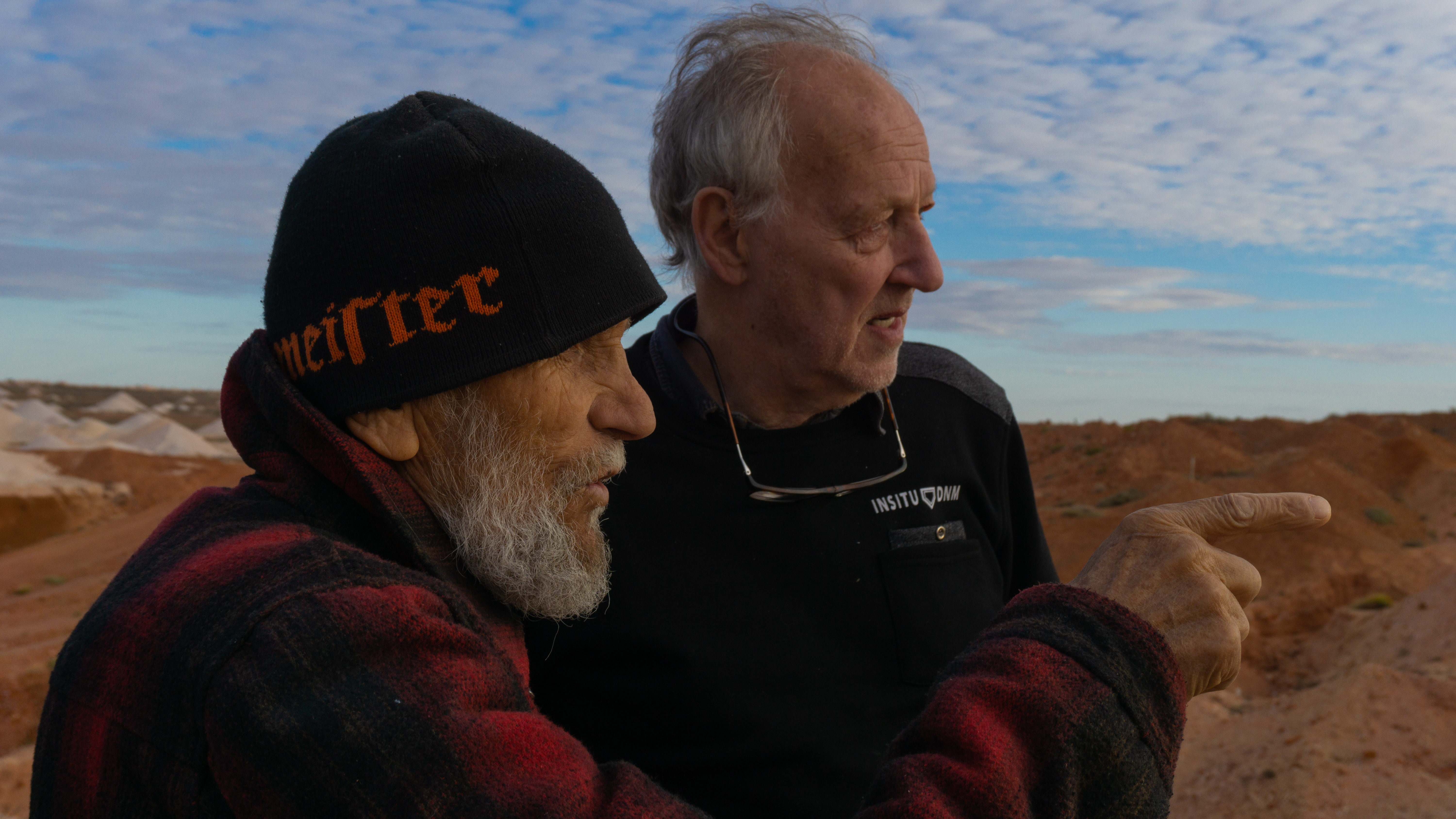 From the Earth to the Moon: a section that leads us to a universe of multiple cinematic times, and shows us the most diverse individual and social issues in contemporaneity. This year, this section includes a greatly diverse film repertoire, with more than 20 films from all over the world, with 2 international premieres, as well as 1 world premiere.

Part of this section, and in a portuguese premiere, Werner Herzog presents two of his most recent films. Nomad: In the Footsteps of Bruce Chatwin is a documentary that follows the steps and paths that Bruce Chatwin took in his adventures before he died, and that Herzog, in a nomad adventure, explores visually and physically, in order to discover more about the life of one of the most visionary writers of the 20th century, in a visual portrayal of a friendship that goes beyond time and space. Family Romance LLC, which premiered this year in Cannes, is a fictional portrayal (with a strong documentarian visual tendency) of a specific trait of japanese contemporary society: the business side of romance, family and friends, where anything can be achieved just by renting it. Two different film formulas – a documentary and a fiction – that connect us to the multidisciplinary universe and the curious gaze of Werner Herzog, one of the most prolific contemporary directors.

Back in 2007, Lech Kowalski had a retrospective in Doclisboa. This year, he comes back to the festival with Blow It To Bits. Premiered in Cannes, this film follows the protests, the uprising of GM&S’s workers, in France: a fundamental and inevitable gaze towards the struggle, the life of these individuals and this community.

Carnaval, voices, chants, sounds of celebration (but also – and mainly – of resistance) in the First Station of Mangueira, in Brazil: this is the context that surrounds Teresa Villaverde’s film Où en êtes-vous, Teresa Villaverde?. A short documentary that was shown for the first time in Teresa Villaverde’s retrospective in Centre Pompidou, that is now going to premiere in Portugal.

Billy Woodberry presents A Story from Africa, a film that started during the director’s research process for a documentary about Mário Pinto de Andrade. It all started with one photograph and it’s through archival images that he starts a discourse and motivates a gaze and a discussion towards the occupation of the Cuamato population, in the south of Angola, by the portuguese army. A glimpse of the other side of history: a side that is so often forgotten, that the director aims to rekindle. This attempt to create a new discourse and motivate a discussion towards a colonial past is also present in Palimpsest of the Africa Museum, directed by Matthias de Groof, that will have its International Premiere in Doclisboa. A documentary that gives us an insider perspective of the renovations of the Royal Museum for Central Africa, in Belgium, and their attempt to decolonize the museum’s discourse, working alongside COMRAF: a committee of experts and representatives of African organisations.

Doclisboa will also screen the International Premiere of Kevin Jerome Everson and Claudrena N. Harold’s latest short-film: Hampton. Over the last decade, these directors have dedicated themselves (alongside their students) to analytical films – that cross both fictional and documentarian tones – about the situation (and key historical moments) of the lives of the African American students of Charlottesville University of Virginia (UVA). A university that has been strongly connected with a extreme right-wing culture, that these directors – and their visual repertoire – aim to deconstruct and expose, by emphasising on the genesis and perseverance of the strong African American student community. Sugarcoated Arsenic, We Demand, How Can I Ever Be Late, Fastest Man in the State, 70kg and Black Bus Stop, part of their short-film series, will be part of Hampton’s screening, and will be presented by Claudrena N. Harold.

Matters of land, territory and identity can be strongly felt throughout this section’s programme: from South America, from Africa, to Europe. Until the Sun Dies, directed by Claudio Carbone, will have its World Premiere in Doclisboa. A portuguese production that portrays the everyday lives (as well as the resistance) of American indigenous communities, focusing on issues of land and lost identity. Alberto Álvares, that was this year in Lisbon for the Amerindian Screenings (organised by Doclisboa) will come to Doclisboa to present his latest film: O Último Sonho. Landless, a film that shows us the struggle of the Landless Worker’s Movement in Brazil, directed by Camila Freitas, will be shown in Portugal for the first time, after its international premiere in Berlinale. Andrés Duque’s (re)discovery of the identity, the memories and the history of Karelia, a region between Finland and Russia is presented in his documentary, Karelia: International with Monument, that premiered in IFFR,  and will now have its premiere in Portugal. Movements of a Nearby Mountain, by Sebastian Brameshuber, will show us the routine, the daily life of a Nigerian mechanic that lives in a remote area by the Alps, and exports used cars to his old country.

The Brink, by Alison Klayman, Brexit Behind Closed Doors, by Lode Desmet and On Air, by Manno Lanssens will not only allow us to observe the political backstage, but will, most importantly, make us question and focus on relevant issues like manipulation, censorship and the exponential rise of the extreme right-wing parties.

From the present to the past: Heimat is a Space in Time, directed by Thomas Heise, makes use of family archival materials, pictures, history and memory for an intimate, personal representation of Germany’s 20th century history. Thomas Heise will also be a part of the Retrospective Rise And Fall of the Wall – The Cinema of East Germany, where Why Make a Film About People Like Them?, Volkspolizei, Das Haus, Snack-Special and Iron Age will be screened.

This is a program of international voices, images and themes: this is the programme for From the Earth to the Moon. Doclisboa  will take place from October 17 to 27, in Lisbon.