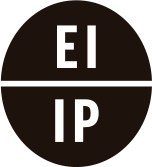 The fourth Israeli-Arab war is in its sixth day. Syria and Egypt join forces to launch a surprise attack on Israel on the day of Yom Kippur. Tsahal (Israel Defence Forces) is forced to fight on two fronts: the Golan Heights to the north and the Suez Canal and Sinai to the south. The conflict has never been bloodier, the fighting never fiercer.

Egypt, City of the Dead

Iran, Utopia in the Making

Lebanon in a Whirlwind

My Name is Mei Shigenobu

Once Upon a Time Beirut

One Dollar a Day

Sahara Is Not for Sale

South Lebanon, the Story of a Village

The Lady of Saigon