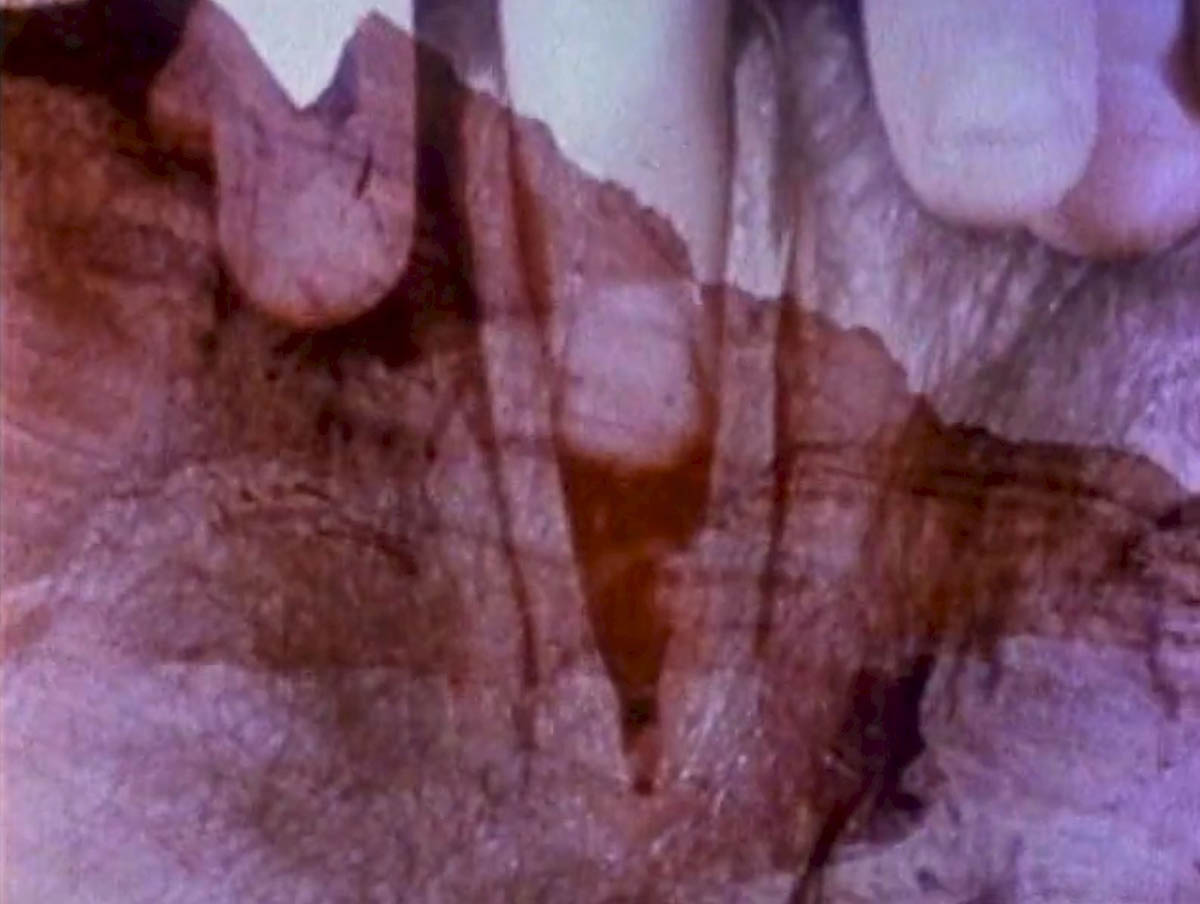 The first shot of the film is of the filmmaker, Barbara Hammer, pointing her camera to the ground and zooming into her shadow. Superimposed is an extreme close-up of a clitoris, superimposed over a series of static shots of smooth, sensual rock formations. The close-up evolves into a sequence showing the clitoris being stimulated, then switches to a close shot of a woman’s face as she experiences orgasm.