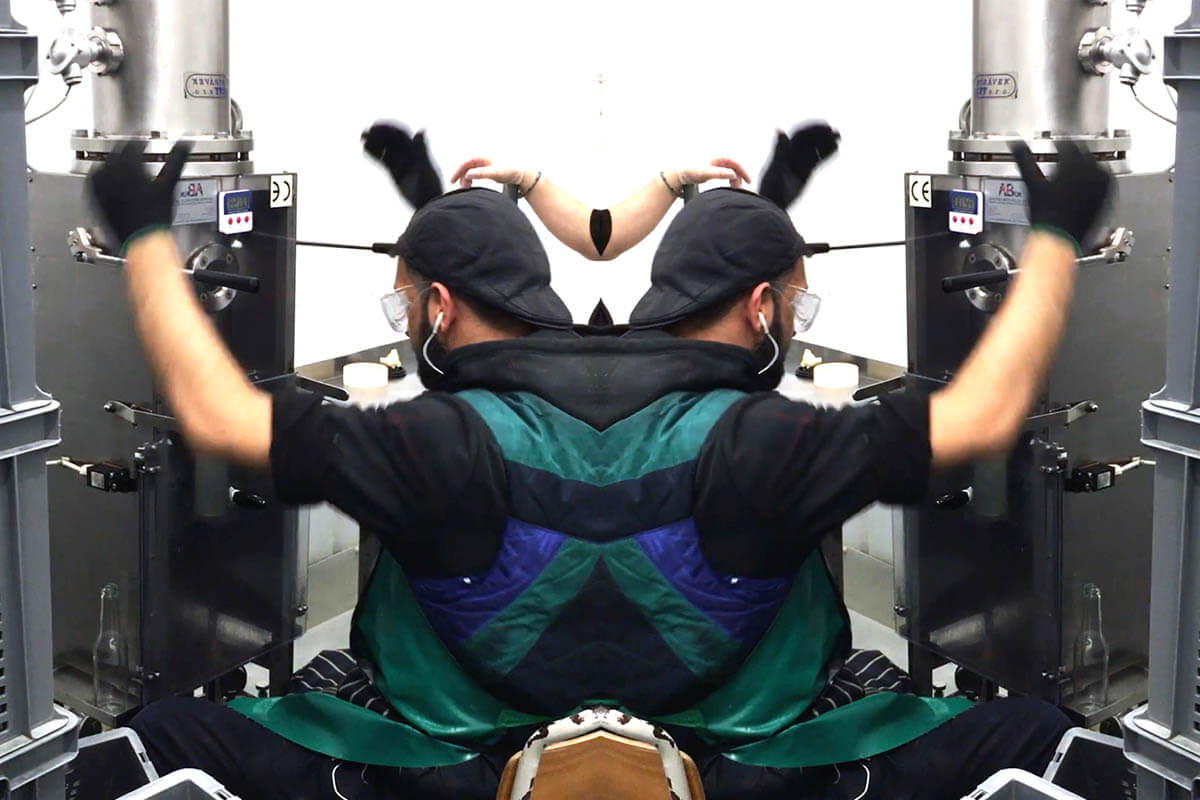 The film features streams of machine consciousness, trying to influence and decipher Zahedi’s behaviour. This includes an imaginal link between hipsters—the ceremonial drinks makers of the UK—and the historic practices of his maternal family, who were ceremonial drinks makers in Iran. The notion of neo-diaspora refers to Zahedi’s position as a second-generation migrant in a hyper-connected world.