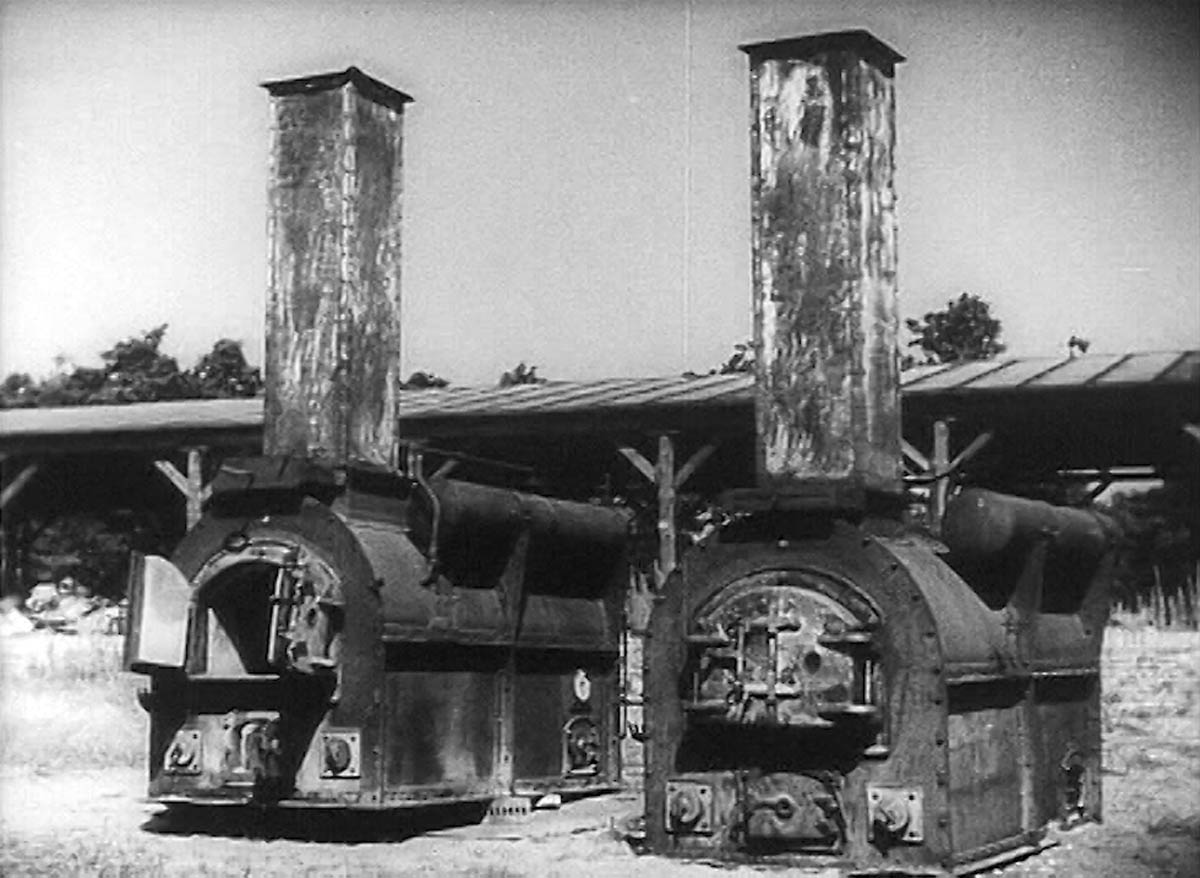 The first DEFA documentary on concentration camps and the Holocaust was commissioned by the Soviet military administration in Berlin in connection with the preparations for the Sachsenhausen trial. Todeslager Sachsenhausen explains the role of terror in Hitler’s rise to power and the terrible machinery of murder used at this camp near Berlin. The film also includes historical commentary by a former camp official who is interrogated by Soviet officers.