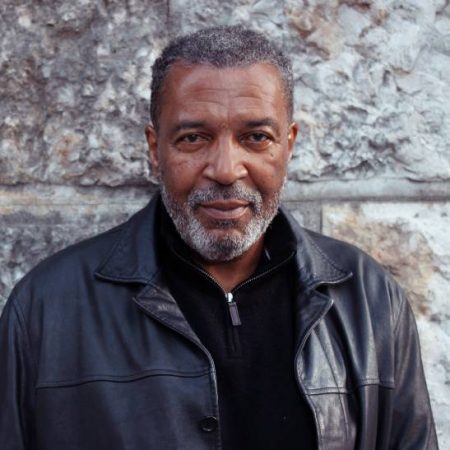 Billy Woodberry
Woodberry is one of the founders of the L.A. Rebellion film movement. His first feature film, Bless Their Little Hearts (1983), is a pioneer and essential work of this movement, influenced by Italian neo-realism and the work of Third Cinema filmmakers. His work has been screened at Cannes and Berlin Film Festivals, the Museum of Modern Art (MoMA), Harvard Film Archive, Human Rights Watch Film Festival, Tate Modern and Centre Pompidou. 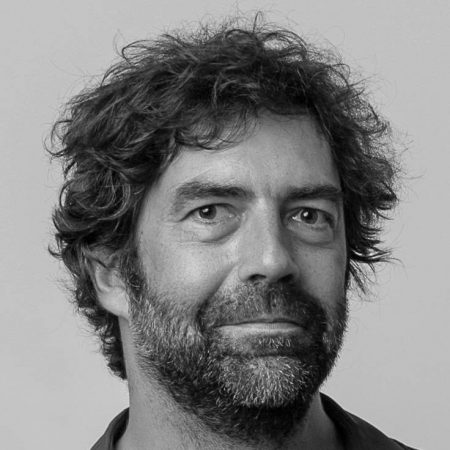 Carlos Almeida
Co-founder of the special effects company Irmã Lúcia and visiting assistant professor at the School of Communication, Architecture, Arts and Information Technologies of the Lusófona University. Worked with directors Pedro Costa, João Pedro Rodrigues, Gabriel Abrantes, Joaquim Sapinho and Sérgio Tréfaut. Directed the digital restoration of The Green Years and The Island of Love, by Paulo Rocha, and Abraham’s Valley and Francisca, by Manoel de Oliveira, among many others. 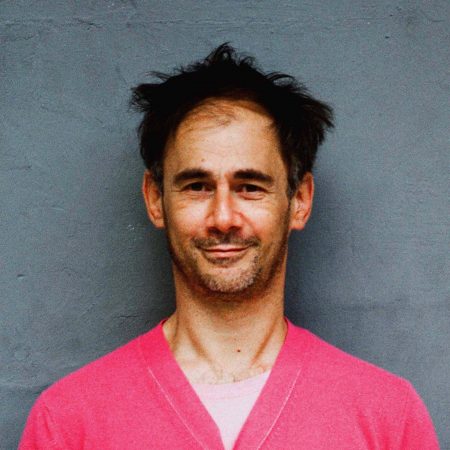 Jérôme Bel
Jérôme Bel is an experimental choreographer who provokes his audiences with presentations that often break down the traditional barrier between performer and audience, and that pose questions about virtuosity and the nature of dance. He has been invited to contemporary art biennials and museums (Tate Modern, MoMA, Documenta 13, Louvre), is regularly invited to give lectures at universities, and received several prizes, including the Bessie Award. 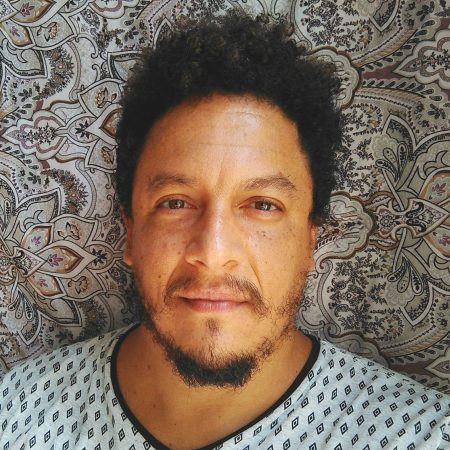 Juliano Gomes
Juliano Gomes has a degree in film and a master’s degree in aesthetic technologies from the Federal University of Rio de Janeiro where he studied the work of Jonas Mekas. He is a film (Cinética Magazine) and theatre critic. He teaches film and criticism history. He directed several short films, and he completed the feature film Aterro in 2019 together with Léo Bittencourt. 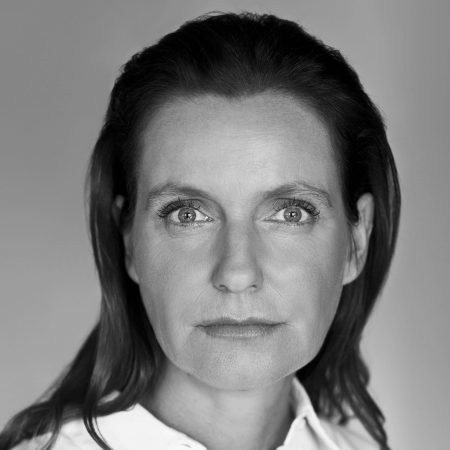 Leonor Silveira
She has a degree in international relations and a postgraduate degree in culture law and cultural heritage. She joined the Institute of Cinema and Audiovisual in 2000, and is currently an advisor to the board. As an actress, she regularly featured in the films by Manoel Oliveira, and she also worked with Luís Galvão Telles, João Botelho and Paulo Rocha. She was a juror in national and international film festivals, and she received several awards. 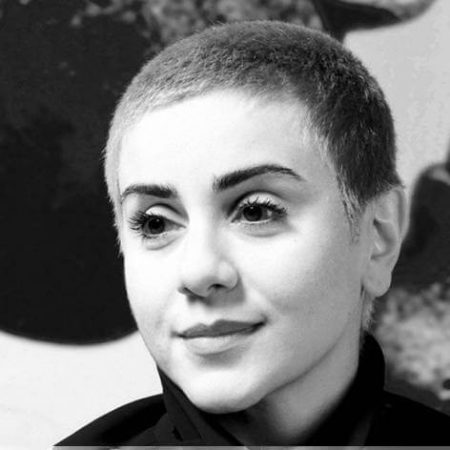 Mania Akbari
Mania Akbari (Tehran, 1974) is an internationally acclaimed artist and filmmaker. Her provocative, revolutionary and radical films were recently the subject of retrospectives at the BFI (London, 2013), the DFI (Denmark, 2014), Oldenburg International Film Festival (Germany, 2014), Cyprus Film Festival (2014) and Nottingham Contemporary (UK, 2018). Akbari was exiled from Iran and currently lives and works in London. 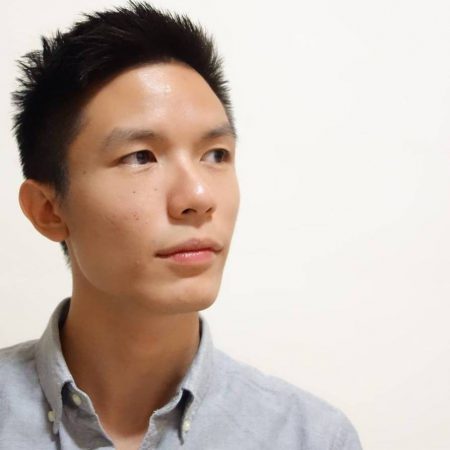 Daniel Hui
Daniel Hui is a filmmaker and writer, a graduate of the film programme in the California Institute of the Arts, and one of the founding members of 13 Little Pictures, an independent film collective in Singapore. He has made three feature-length films: Eclipses (New Talent Award at Doclisboa’13), Snakeskin (Special Jury Award at the Torino Film Festival 2014), and Demons (shown at the Busan Film Festival 2018 and the Forum section of the 2019 Berlinale). 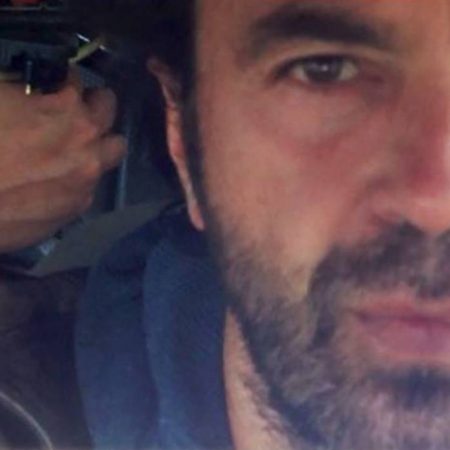 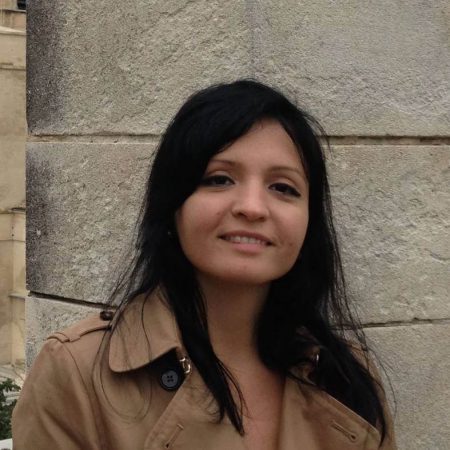 Golgona Anghel
Golgona Anghel has a doctorate in contemporary Portuguese literature from the Faculty of Letters, University of Lisbon. She currently teaches and does research at the Faculty of Social and Human Sciences, Nova University of Lisbon, where she has been studying the relation between literature and cinema. She published a few essays, and put together a diplomatic edition of Diaries, by poet Al Berto. On her spare time, she also writes poetry. 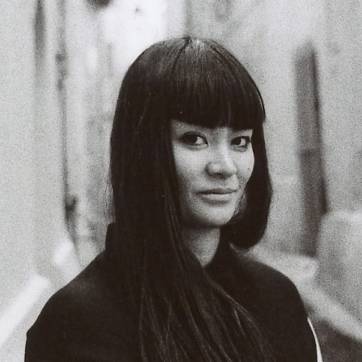 Aya Koretzky
Has a degree in painting and a master’s degree in cinema. Worked in the production of feature films by directors such as Manoel de Oliveira and Flora Gomes. Collaborates with several fiction and documentary directors since 2006. Took part in the Berlinale Talents in 2014. Directed Yama no Anata (2011), which won the best feature-length film award at Doclisboa, among others, and A Volta ao Mundo quando tinhas 30 Anos (2018), also awarded. Jury member in several film festivals. 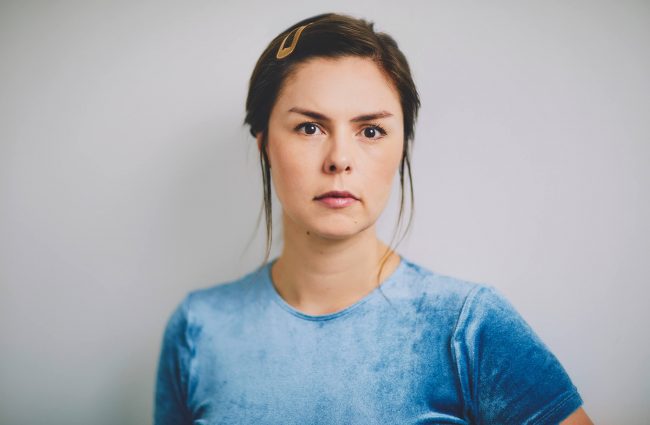 Sofia Bohdanowicz
Sofia Bohdanowicz is a Toronto-based filmmaker. In 2018, she was named by Reverse Shot Magazine as one of 15 international filmmakers on the rise. In 2017, her second feature, Maison du bonheu”, was nominated for Best Canadian Film by the Toronto Film Critics Association and was a New York Times Critics Pick. Her third feature film, MS Slavic 7, premiered at the Berlinale in 2019 and will be screening at the Harvard Film Archive. 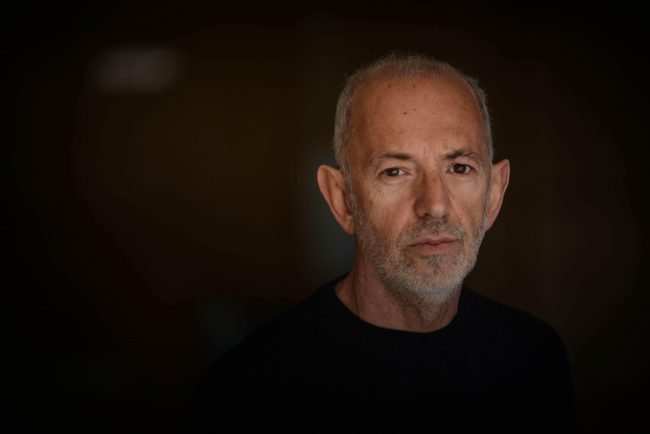 Veton Nurkollari
Artistic Director of DokuFest, Kosovo’s largest documentary and short film festival, which he co-founded in 2002. Member of the advisory board of the Balkan Documentary Center and one of the founding members of The Albanian Cinema Project. Regularly curates film programmes for various film festivals. Mentor of several young filmmakers from Kosovo in the scope of the Heritage Space project. Member of the European Cultural Parliament and the European Film Academy. 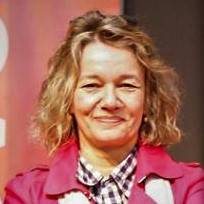 Alice Milheiro
Has a degree in social communication from FCSH-UNL. Joined RTP in 1991, under the direction of filmmaker Fernando Lopes. Spent time in the International Co-Productions, Information and Programmes departments. In 2003, was part of the Canal Sociedade (future 2:) setting-up committee, running its Programme Production Service until 2014. Is currently responsible for the Direction of Content Development and the deputy director of RTP1 and RTP Internacional. 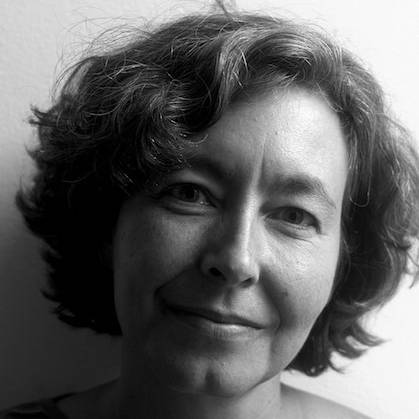 Margarida Cardoso
Studied image and audiovisual communication in Lisbon. From 1982 to 1995, worked in Portugal and France as assistant director, script supervisor and stage photographer. In 1995, started writing and directing her own films. Documentary films Natal 71 and Kuxa Kanema – O Nascimento do Cinema, and fiction films A Costa dos Murmúrios and Yvone Kane are among her best-known ones, screened and awarded at festivals such as Rotterdam, Venice and Locarno. 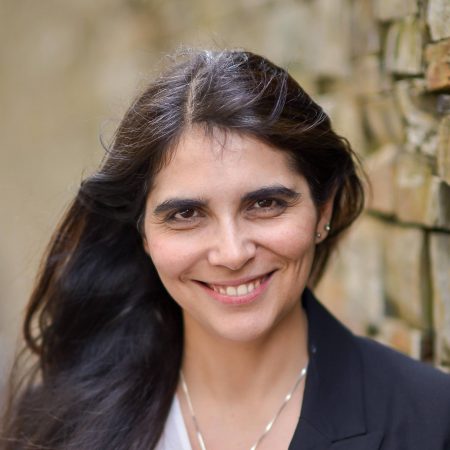 Sofia Lopes Machaqueiro
Lisbon, 1980. Degree in modern and contemporary history from ISCTE. Has worked as project manager in the fields of communication, public relations, events production/management, press office and marketing. The oldest granddaughter of Fernando Lopes, has always had the passion for film in her DNA. Founder of the Alvalade FilmClub. 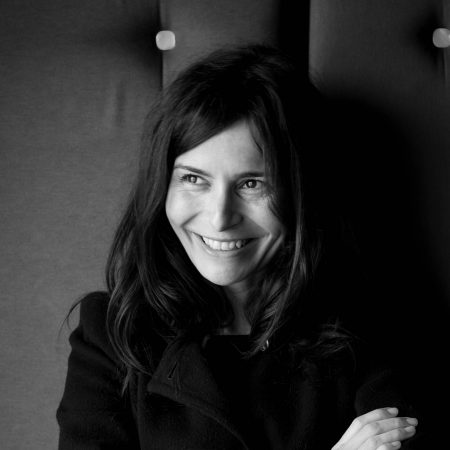 Cláudia Marques Santos
Has a degree in communication sciences and a master’s degree in contemporary culture and new technologies from the Nova University of Lisbon. Cultural journalist with pieces published in Visão, Diário de Notícias, Público, Expresso and LER, among others. Author of TV cultural magazines and documentary films at Subfilmes. Has a personal slow journalism project, If You Walk the Galaxies (.com), which gathers interviews.

Filipe Reis
Anthropologist, professor at ISCTE and full member of the Centre for Research in Anthropology. Works and does research in the field of anthropology of media and technology, focussing on sound technologies and on the questioning of the notion of sound landscape. Has developed and coordinated projects involving the making and trying out of new ways of communicating anthropology by resorting to sound and visual arts. 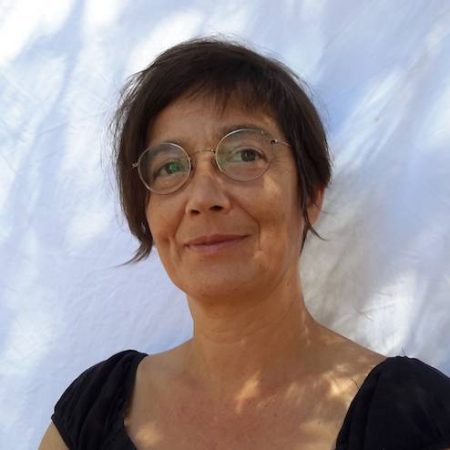 Rossana Torres
Born in Romania when her parents were political exiles, and raised by her grandparents in the Beira Baixa region. Studies visual arts and cinema in Lisbon, and then works as editor. Mentors film workshops for children and youngsters and training events for teachers in the scope of European educational programmes of teaching with cinema. Settles in the Baixo Alentejo region and co-directs three films, the last of which, Terra, was awarded at Doclisboa’18. 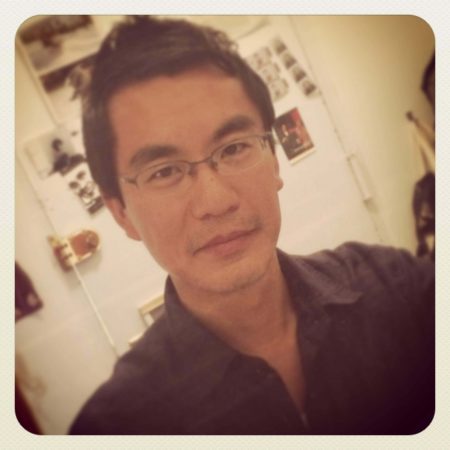 Chi-hui Yang
He has presented programmes such as MoMA’s Documentary Fortnight, “Lines and Nodes: Media, Infrastructure, and Aesthetics” (2014, Anthology Film Archives) and “The Age of Migration” (2008, Flaherty Film Seminar). From 2000-2010 he was director of the San Francisco International Asian American Film Festival. He has a master’s degree in film studies from San Francisco State University and a bachelor’s degree in political science from Stanford University.

Luana Melgaço
Brazilian Luana Melgaço is a partner at Anavilhana. She worked as a producer or executive producer on more than 20 short and feature-length films, notably Swirl (2010), Breath (2012), Where I Grow Old (2016), While We Are Here (2019) and Brief Story from the Green Planet (2019). Her films have been screened and awarded at the main film festivals in Brazil and abroad, and commercially released in several countries. 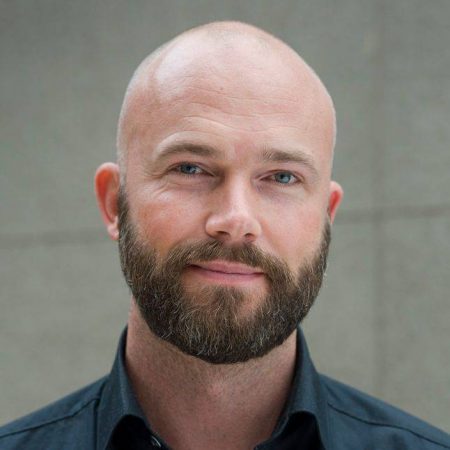 Matthijs Wouter Knol
Matthijs is the director of the European Film Market since 2014. He worked as creative producer on numerous documentary films and produced film installations, conferences and publications. He ran the IDFAcademy training programme and initiated its Summer School. He headed the Berlinale Talents (2008-2014) and co-founded the Berlinale Residency programme. He is a regular speaker and moderator at conferences and festivals and has been part of international juries. 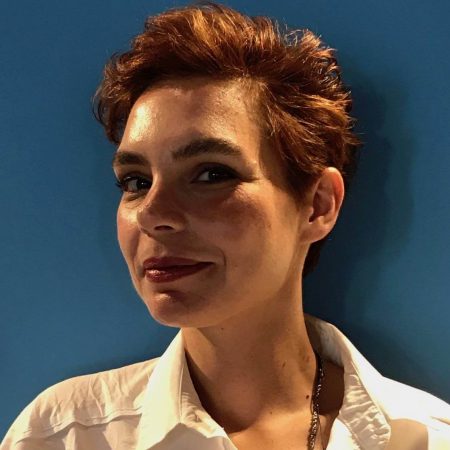 Alexandra Dias Fortes
Alexandra Dias Fortes is a postdoc researcher with the FCT project “Fragmentation and Reconfiguration: Experiencing the city between art and philosophy”, coordinated by Maria Filomena Molder and Nélio Conceição. She is a full member of IFILNova, and a member of the CultureLab – Art, Critique and Aesthetic Experience Group. She works mainly in aesthetics, philosophy of language, Wittgenstein, philosophy of the city, and urban aesthetics. 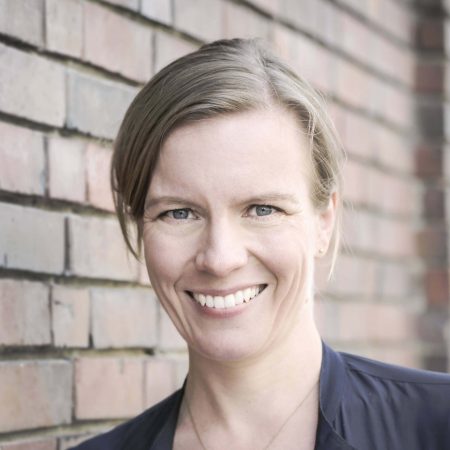 Katharina Tebroke
Studied German and English Literature at the Free University of Berlin and received a scholarship to pursue Film Studies at the University of Exeter (UK) before working as a production assistant, project manager and junior producer in various renowned German film companies. Joined the German Film and Television Academy Berlin in 2011 as head of studies and is responsible for student productions from script development to postproduction. 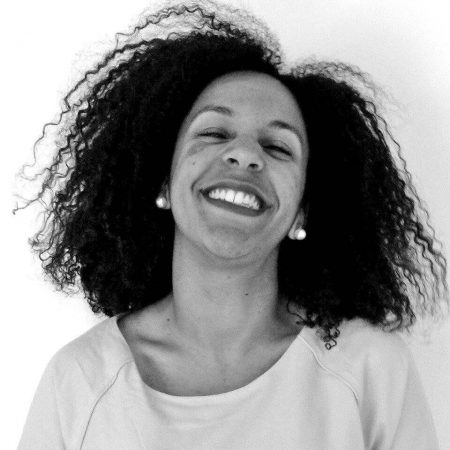 Sélina Boye
Has a degree in arts management. After living in Brazil and in the US, she settled in Paris and started her career at The Festival Agency (TFA) in 2016. Manages festivals in Benelux, Scandinavia, Portugal, France, Switzerland, Italy, Bulgaria and Israel. Builds festivals strategy on behalf of big studios and independent producers and directors. TFA has offices in Paris, Los Angeles, Barcelona and recently Portugal, since Sélina has moved to Lisbon. 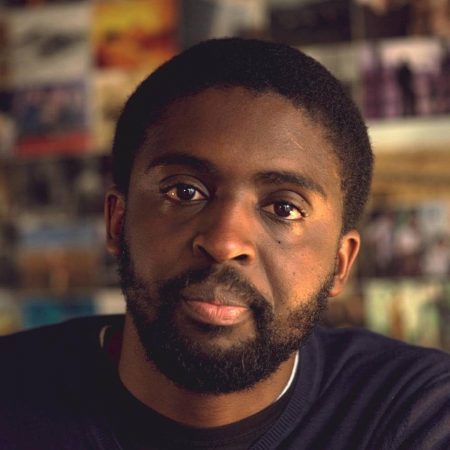 Silas Tiny
Was born in São Tomé and Príncipe, and emigrated with his family to Portugal at the age of 5. Studied at the Lisbon Theatre and Film School. In 2012, directed his first feature-length documentary film, Bafatá Filme Clube. In 2017, directed a second documentary film, O Canto do Ossobó, released and premiered at Doclisboa. Currently works on the post-production of his next film, and researches new projects for future development.