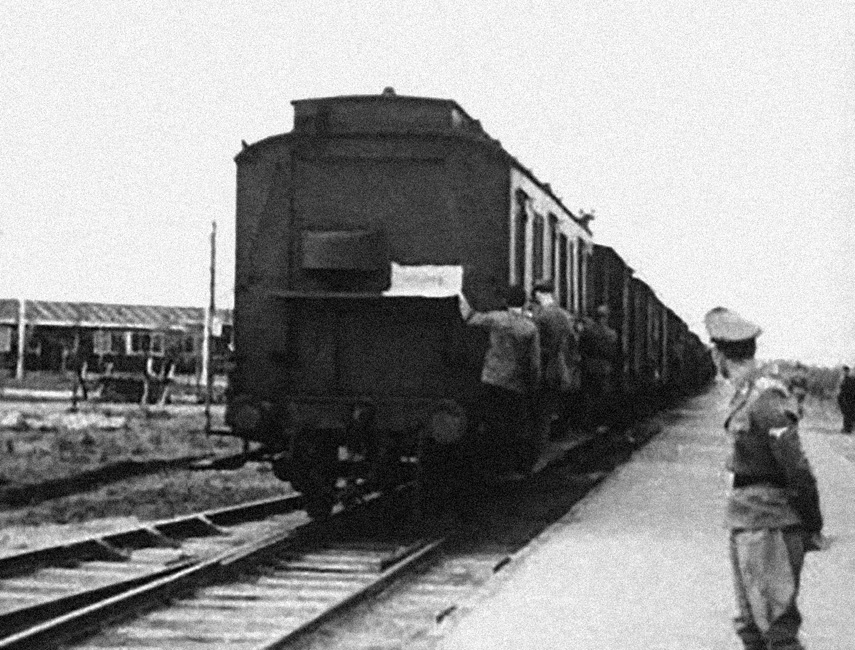 Respite consists of a film shot at Westerbork, a Dutch refugee camp established in 1939 for Jews fleeing Germany. After the occupation of Holland, it became a ‘transit camp.’ In 1944, the camp commander commissioned a film, shot by a photographer, Rudolph Breslauer. “Farocki inscribes the Dutch footage within the genre of the corporate film.” Sylvie Lindeperg.