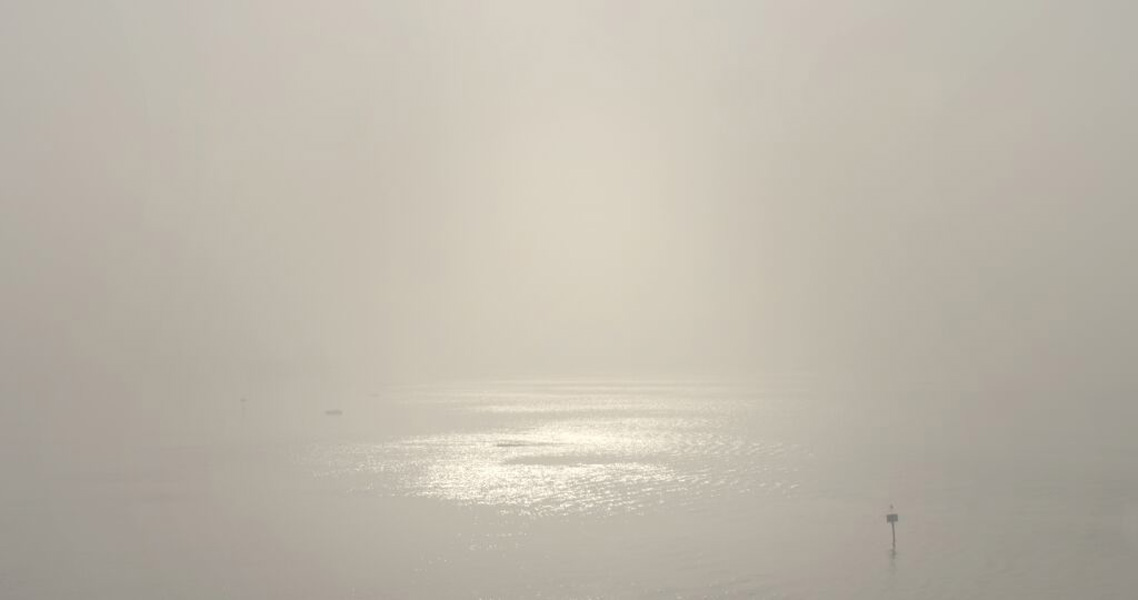 A freighter crosses the ocean. The hypnotic rhythm of its pace reveals the continuous movement of the machinery devouring its workers: the old sailor’s gestures disappearing under the mechanical and impersonal pulse of the 21st century. Perhaps it is a boat adrift, or maybe just the last example of an endangered species with engines still running, unstoppable.